Fathom vs Plausible: Which privacy-focused Google Analytics alternative should you use? 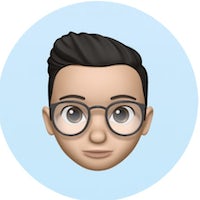 Today 84% websites use Google Analytics on their website to track user activities. The reason for its popularity is that it's free(not literally), I mean who doesn't love free stuff. But there is always a cost and that cost in the case of Google Analytics is data, they simply take this data from these websites and use it for their ads.

Fathom and Plausible are privacy-focused web analytics. They are simple and clutter-free. They don't store unnecessary data regarding the user, also they don't use cookies or other mechanisms to identify the user. So now we know what these two are, let's compare them and see what each of them offers. I will try to cover most of the points if not all so that you will get a good idea of what to look for when choosing between them.

Both of them offer a single page simple and minimalistic analytics page. You can see all the basic things by just scrolling up and down. But plausible has few extra features like UTM and referrer for tracking custom campaigns. Also recently plausible launched the filter option where you can filter the analytics-based upon the country, referrer, etc. Fathom is working on v3 of their dashboard which will add more features, they haven't officially launched it yet but they have been working on pretty cool stuff. This one was very close probably will change once fathom launches their v3.

Both of them have a lightweight script that you can add to their website. Fathom script is 2KB and Plausible one 938B. If you compare them with Google analytics, plausible is 45x smaller, and fathom is 22x smaller. The smaller size of these scripts results in your website loading faster as compared to google analytics. But if you look at the size here fathom is 2x bigger than plausible.

P.S: I came to know that plausible doesn’t have a globally available CDN network and their script takes almost 203ms whereas fathom takes only 7ms.

Fathom starts at $14 for 100k page views. Whereas plausible starts at $4 for 10k pageviews. This is something I like about plausible that they are making it affordable for the hobbyist and developer community who doesn't have much traffic right now but want to make sure their user's privacy is intact. Other than this both of their pricing almost the same as you go higher not much difference and both of them offer a custom plan if you don't find anything suitable.

Fathom has been pretty much open about its infrastructure. Most of their components are hosted on AWS. They make sure the services are running on an industry-grade machine. Also recently they announced they will moving their database to AWS DyanamoDB. Also, they are moving stats to elastic search. Plausible infrastructure is not known at the time of writing this blog, but I would know what they use. But overall they seem to be handling the current traffic pretty well. Also if you look at their status dashboard they seem to have very frequent incidents every month. Their uptime stands at 99.98% which pretty much huge.

Both of them are GDPR, CCPA, and PECR compliant because they don't collect and store user data.

Both of them kind of failed to avoid uBlock origin. But once I moved to the custom domain they both started to work. So no worries over there.

If we see the above comparison then Plausible seems to be a winner for people who want cheap entry point and privacy-focused web analytics whereas if you want more reliable and battle-tested you should go with fathom. It's not because plausible is not battle-tested and doesn't offer reliability but fathom has better elasticity and resilience to handle the surge in traffic as they use autoscale to handle the surge in load. But in my opinion, they both are the winner. They both are trying to revolutionize the web-analytics industry which was a monopoly for Google. I am pretty much excited about what these two will do in the future.

P.S: The blog includes my referral link for fathom🙈.

I will give both of them a try. Thanks for amazing post.

Awesome post, I created my plausible account yesterday but I couldn't make it work with hashnode. How did you do?

Hey, hashnode don’t have it yet. I have created a feature request: hashnode.com/post/add-support-to-integrate-.., let’s hope they will add the feature.